The app you know will still be called Facebook

Facebook's new corporate name is Meta, CEO Mark Zuckerberg announced on Thursday, in an apparent effort to recast the company's public image from battered social network to tech innovator focused on building the next generation of online interaction, known as the "metaverse."

The Facebook app used by almost 3 billion people around the world every month will keep its name. But speaking at the company's Connect virtual reality conference, Zuckerberg said it's time to overhaul the corporation's identity to reflect its broader ambitions.

"It is time for us to adopt a new company brand to encompass everything that we do," he said. "From now on, we're going to be metaverse first, not Facebook first."

Seventeen years after Zuckerberg founded Facebook in his Harvard University dorm room, the company's brand has been badly dented by a succession of crises, from Russian interference in the 2016 presidential election to the Cambridge Analytica data privacy scandal, which became public in 2018, to last month's damaging revelations from former Facebook employee turned whistleblower Frances Haugen. 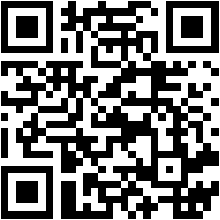