NATURAL LANGUAGE PROCESSING continues to find its way into unexpected corners. This time, it's phishing emails. In a small study, researchers found that they could use the deep learning language model GPT-3, along with other AI-as-a-service platforms, to significantly lower the barrier to entry for crafting spearphishing campaigns at a massive scale.

Ransomware: What To Do If Hit By An Attack

Sam M Dubs
Bluetek IT Blog How to Security

Not a day goes by we don’t hear about another “ransomware” attack, it seems – including high-profile attacks on a major U.S. oil pipeline and the world’s largest meat processing company.

As the name suggests, ransomware is an attack that locks your computer and demands a ransom to give back your data.

Cybercriminals typically target businesses and governments – in the hopes they’ll pay bounties to release files and perhaps avoid a public relations disaster – but opportunistic crooks also extort money from regular computer users, like you and me. Because hey, it all adds up.

You might sit down to use your laptop or desktop and see an on-screen alert that your computer has been locked or that your files have been “encrypted.” To obtain a decryption key, you must pay up. The ransom demanded from individuals varies greatly, but it's typically a few hundred dollars and must be paid in difficult-to-trace cryptocurrency, such as Bitcoin.

Should I Consider Switching to Microsoft’s Edge Browser? (Top Features)

One of the most important applications we choose is our internet browser. When on a computer or a mobile device, we work in that most of the time because many applications are now cloud-based, so accessing them means going through your browser.

Over the years browsers have come and gone. A little over a decade ago, Internet Explorer was the head of the pack, and now that browser is retired, Google’s Chrome has been in the top spot for several years.

But just because a browser is number one today, doesn’t mean it’s going to stay that way. One browser that has steadily been making its way up in popularity since its release in 2015 is Microsoft Edge.

Edge is the replacement for Internet Explorer, but it’s taken a while for it to become mainstream. It seems that now is its time.

It's only a prototype for now, but TCL's glasses look similar to the vision that other tech companies have been promising for years.

TCL, best known in the US for its value-priced TVs, is now looking to leap into lenses with a new smart glasses concept it announced ahead of CES 2022. The Chinese electronics maker joins tech giants like Facebook parent company Meta, Microsoft, Oppo, Snap and Apple in exploring the potential of augmented and virtual reality.

The Good, The Bad and The Ugly of NFTs

The rise in popularity of crypto art, also known as NFTs, comes at a price. 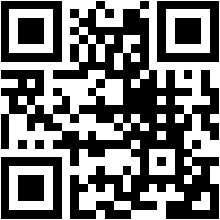