The app you know will still be called Facebook

Facebook's new corporate name is Meta, CEO Mark Zuckerberg announced on Thursday, in an apparent effort to recast the company's public image from battered social network to tech innovator focused on building the next generation of online interaction, known as the "metaverse."

The Facebook app used by almost 3 billion people around the world every month will keep its name. But speaking at the company's Connect virtual reality conference, Zuckerberg said it's time to overhaul the corporation's identity to reflect its broader ambitions.

"It is time for us to adopt a new company brand to encompass everything that we do," he said. "From now on, we're going to be metaverse first, not Facebook first."

Seventeen years after Zuckerberg founded Facebook in his Harvard University dorm room, the company's brand has been badly dented by a succession of crises, from Russian interference in the 2016 presidential election to the Cambridge Analytica data privacy scandal, which became public in 2018, to last month's damaging revelations from former Facebook employee turned whistleblower Frances Haugen.

But even as the company has been pummeled by a wave of critical news coverage about its platforms' harms, based on Haugen's trove of internal documents, Zuckerberg has unapologetically kept his focus on the metaverse, describing it on Thursday as the company's new "North Star."

He says the metaverse is the next big computing platform to which people's attention — and dollars — will shift in the coming years. And he wants the newly christened Meta to play a prime role in creating it and turning it into big business.

"Building our social media apps will always be an important focus for us. But right now, our brand is so tightly linked to one product that it can't possibly represent everything that we're doing today, let alone in the future," Zuckerberg said.

So just what is the metaverse anyway?

Zuckerberg announced the new name, Meta, in a glitzy video presentation that served as an explainer about the metaverse, a futuristic and vaguely defined concept that has become a Silicon Valley buzzword in recent years.

The term "metaverse" was coined by science fiction writer Neal Stephenson in his 1992 novel, Snow Crash. Enthusiasts use it to refer to immersive virtual spaces where people can play games, attend concerts, meet with colleagues and buy all kinds of digital goods and services.

Facebook demonstrated many of those experiences in Thursday's slickly produced video, showing Zuckerberg riding a virtual reality electric hydrofoil (in a nod to his real-life hobby), fencing with a hologram and walking through a 3D rendering of his "home space."

This week, Facebook told investors its spending on virtual reality and other next-generation products and services will take a $10 billion bite out of its overall operating profit this year. It also announced plans to hire 10,000 workers in Europe over the next five years to build the metaverse.

On Thursday, Zuckerberg said he expects to invest "many billions of dollars for years to come," painting a vision of the future where a billion people will use the metaverse and it will generate hundreds of billions of dollars in digital commerce — while acknowledging it remains "a long way off."

"We are fully committed to this," Zuckerberg said. "It is the next chapter of our work and, we believe, for the internet overall."

In a nod to Facebook's long run of crises, Zuckerberg devoted part of the presentation to emphasizing that the company will center privacy and safety as it builds its new virtual services and hardware.

"Privacy standards will be built into the metaverse from Day 1," he said. "One of the lessons I've internalized from the last five years is we need to emphasize these principles from the start."

The change could be key to the company's existence

Staying on top of the next big thing in tech is about more than just Zuckerberg's interest in Silicon Valley's latest fad. It's about his company's continued existence, which depends on attracting younger users.

The leaked internal documents show Facebook is worried about losing relevance as its user base grows older. People under 30 are spending less time on Facebook, posting less and sending fewer messages, according to an internal report prepared in March and reported on by Bloomberg.

Meanwhile, Instagram, which the company views as a pipeline for younger users who will eventually age into its other apps, is losing teenagers to other social media platforms — a phenomenon the company identified as an "existential threat," The New York Times reported.

Zuckerberg told investors on Monday that he's reorienting the company around appealing to young adults ages 18 to 29, rather than the older crowd that has become its core. He cited threats, including short-video app TikTok, which he said is "one of the most effective competitors that we have ever faced."

The company's big corporate overhaul comes as Congress threatens to pass tougher regulations on the tech industry, with some lawmakers saying it has grown so big and powerful that it is like Big Tobacco in its heyday.

"Facebook is going through so much turmoil, so much negativity" that the name change risks looking like "you are trying to hide something," said Prashant Malaviya, a marketing professor at Georgetown University's McDonough School of Business.

Indeed, critics were quick on Thursday to accuse the company of just that.

"The name change from Facebook to Meta may make sense from a commercial marketing perspective, but it's also a blatant attempt to distance Mark Zuckerberg's company from growing outrage over the harm it is causing to democracy in the U.S. and around the world," said Paul Barrett, deputy director of the NYU Stern Center for Business and Human Rights, in a statement. "Zuckerberg and his lieutenants can't shed the Facebook albatross with a clever brand adjustment." 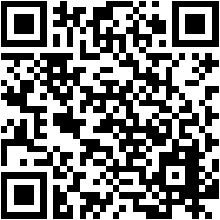