It's only a prototype for now, but TCL's glasses look similar to the vision that other tech companies have been promising for years.

TCL, best known in the US for its value-priced TVs, is now looking to leap into lenses with a new smart glasses concept it announced ahead of CES 2022. The Chinese electronics maker joins tech giants like Facebook parent company Meta, Microsoft, Oppo, Snap and Apple in exploring the potential of augmented and virtual reality.

A teaser video for TCL's smart glasses showed them being used to dial into video meetings, display turn-by-turn directions over your surroundings, take and share photos, use multiple virtual displays for work and even start your car. TCL's concept has no release date yet because it's a prototype, but the company hopes to show a working version around Mobile World Congress in February.

TCL's glasses include a binocular micro-LED color display that uses optical holographic waveguide technology to display information and images. Waveguide is a widely used technology in AR smart glasses such as Oppo's recently announced Air Glass, and can even be found in glasses from Nokia and Vuzix as far back as 2013. TCL's concept glasses have a touch panel along the right side for navigation, and they're powered by a Qualcomm 4100 processor.

TCL is referring to the concept as XR glasses, indicating they will combine elements of augmented and virtual reality. Augmented reality displays digital images over your real world surroundings, while virtual reality headsets replace your surroundings with computer-generated imagery. Meta's Oculus Quest 2 is an example of a VR headset, while devices like the Magic Leap One and Google Glass are AR headsets.

The new concept significantly differs from TCL's NxtWear G smart glasses, which are meant to serve as a portable, wearable 140-inch screen for entertainment. The company also announced a more lightweight version of these glasses called the NxtWear Air at CES 2022.

TCL's prototype smart glasses are seemingly designed to take over a few of the responsibilities of smartphones and laptops. In some ways, they look like a refined, sophisticated version of Google Glass -- which never resonated with consumers and sparked privacy concerns. It's been almost 10 years since Google Glass was announced, and we still have yet to see a commercially successful pair of smart glasses. (Google eventually pivoted its approach with Glass to target enterprise consumers instead.)

Stefan Streit, TCL's chief marketing officer, is well aware of the challenges that come with developing a new type of wearable computer. That's why the company's smart glasses are just in the concept stage right now. The company is still figuring out key details -- like how the interface should work and what types of services and apps make sense -- but it's also taking privacy concerns into consideration, which could help it avoid the criticisms that Google Glass faced.

"We feel like there are still a lot of question marks [with] how this works in this AR world," Streit said to CNET. "And they are not answered yet."

Head-mounted computers like virtual reality goggles are still far from being as ubiquitous as the smartphone, but the industry is certainly growing. According to the International Data Corporation, global shipments of VR headsets grew 52.4% year-over-year in the first quarter of 2021 alone, thanks in part to the popularity of VR gaming and fitness apps. Meta is currently the biggest player in the industry with almost 75% of the market, according to the IDC.

Though TCL is best known for its televisions, it is still relatively new to the US smartphone market, which is largely dominated by Apple and Samsung. The introduction of AR smart glasses, even as a concept, signals that TCL doesn't want to miss out on what may be the next major evolution of the personal computer.

The company surely isn't alone in that regard. Snapchat's parent company, Snap, also unveiled AR smart glasses that can map 3D effects onto the wearer's surroundings in May. Meta launched a pair of camera glasses in September called the Ray-Ban Stories, which it views as a step toward a more ambitious pair of AR-enabled smart glasses. Apple is also rumored to be working on a pair of AR smart glasses, according to Bloomberg, although it might not launch for years.

Should I Consider Switching to Microsoft’s Edge Br...
The Good, The Bad and The Ugly of NFTs

More posts from author
Thursday, June 30 2022 Should I Consider Switching to Microsoft’s Edge Browser? (Top Features)
Thursday, June 09 2022 The Good, The Bad and The Ugly of NFTs
Thursday, June 02 2022 SMART HOME TECH COMPANY DWELLWELL LAUNCHES AS COMPREHENSIVE MAINTENANCE SOLUTION
Comment for this post has been locked by admin. 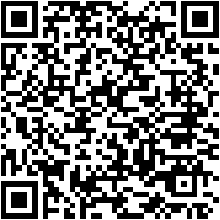