Warning Your PC Is at Risk of Virus & Malware Attack

It's ironic when you can put yourself at risk by responding to a message in your browser that warns you that you are at risk. If you ever see a message telling you about a potential malware threat while visiting a Web page, that message may be an attempt to get you to install a rogue security program that that can harm your home or business computer.

You might know the terms malware and spyware, but scareware may be a new one. Modern cybercriminals now attack victims by scaring them using a variety of methods. One reason that attackers succeed is that many tech-savvy computer users understand how important it is to respond to security warning messages. Microsoft's Window Defender program, for example, issues an alert when malevolent software attempts to infiltrate your system. Similarly -- but fraudulently -- scareware issues a fake warning message that alerts you to a threat that does not exist.

A typical scareware attack begins when a pop-up window opens and displays a message such as "Warning: Your PC Is at Risk of Virus & Malware Attack." The text of the message may vary, but its intent is the same -- to get you to take some action. These pop-up windows often look legitimate and may even display a fake Flash or animated GIF animation of a scanner scanning your computer. People who believe the message may download and install the rogue "security program" that the message recommends.

A rogue security program doesn't always infect computers with viruses. It might simply cause you to purchase software that provides limited or no security protection. Rogue security programs can cause other problems as well. For example, one might prevent you from installing other anti-virus programs while another could steal personal information and prevent Windows from installing automatic updates. In worst-case scenarios, victims may wind up with a computer infected with malware and never know that it.

Facebook Twitter LinkedIn
9 Rules for Strong Passwords: How to Create and Re...
How To Develop A Disaster Data Recovery Plan

More posts from author
Friday, January 14 2022 How Data Literate Is Your Company?
Thursday, January 06 2022 9 Rules for Strong Passwords: How to Create and Remember Your Login Credentials
Thursday, December 23 2021 How To Develop A Disaster Data Recovery Plan
Comment for this post has been locked by admin. 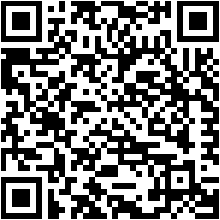